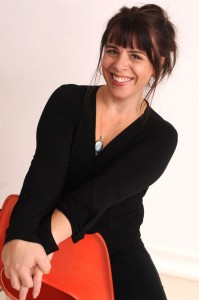 Kyndra Laughery always felt that she was destined to entertain. As a child she would go to great lengths to make people laugh. As a grown-up she tried to take life more seriously, but always there was a joke to be made or story to be told. One fateful evening in 2000, The Year of the Dragon, she saw The Hamazons on public access television. It was then that her inner Warrior Princess heard the beat of improv calling her to her tribe.

She spent the next five years honing her skills with The Green Room Theater Company. There she was in The Neo-Variety Show where she is best known for her rendition of The Pee-Pee Dance. She also played Theatersports with Food Fight Theater, to be known later as The Second Saturday Players.   She was officially inaugurated as an Hamazon in 2006, The year of the Dog, which turned out to be a favorable year for all of us.  Along with being a Hamazon, Kyndra now directs Lotus Rising Project’s Teen Theatre, formerly under direction of hama-sisters, Carolyn Myers and Cil Stengel. This award-winning social action troupe performs scenes and songs of personal importance to everyone, young and old. 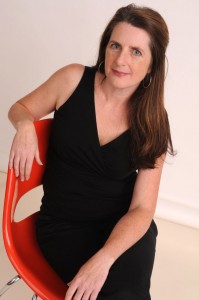 Eve Smyth, raised on Johnny Weissmuller Tarzan movies, Sheena of the Jungle comic books, and Wonder Woman, is finally able to apply those long hours of research now that she is a Warrior Princess of Improv. Sharpening her spear of humor, shielding herself from bad puns, and polishing her tiara, Eve loves leaping into the improv fray with her Hamazon sisters. Eve was born and raised in Seattle, then spent several years in San Francisco, before finding her West Coast equilibrium in southern Oregon.

After graduating with a degree in theater from San Francisco State University, she co-founded a theater company that performed original comedies in San Francisco and the Northwest. Eve taught and performed with BATS Improv, and made appearances with Eat the Apple, Hey You Improv, and First Draft, an improv writing performance group. Eve co-founded Ashland Children’s Theatre in 2004 where she teaches, directs, and occasionally writes a play. (Click www.ashlandchildrenstheatre.com here) 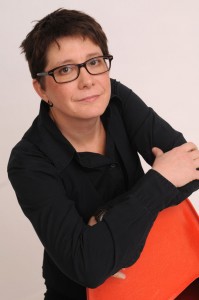 Cil Stengel could entertain herself for hours making up stories, pretending to be in impossible situations and discovering creative and unusual ways to get out of them. (This hasn’t changed, except today she does it in front of people with Eve and Kyndra.) Anyway, acting seemed to be the logical path for this Midwest girl, and so she majored theatre at the University of Nebraska. She had excellent teachers, learned a lot, and her efforts eventually led to some professional experience, including acting at the Oregon Shakespeare Festival after making the move west. And maybe it was the westward wind, or the call of the wild, but her path led her to work on stage that had no script. Improvisation.

As Cil was finding her own voice though creating original theatre, she found that improv was the key to finding the words, action, story and meaning. For thirteen years Cil was the director and writer of the award-winning Teen Theatre program with Planned Parenthood (several years as co-director with Hamazon Carolyn Myers.) With an emphasis on healthy teens and positive attitudes toward sexuality, scenes were created through improvisation, capturing the perspective and the voice of the teen actors. Due to this work, she is a writer and consultant for other original projects.

Today, she teaches Improv and Acting at Rogue Community College. She is a founding member of The Hamazons and describes performing improv as a demand to be in the moment, and a great source of laughter and adventure.

Share in the fun and creative process of improv!

The Hamazons teach all age groups and can design a workshop to fit your specific needs. The Hamazons are also available for private events.